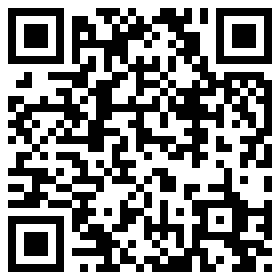 Summary:In recent days, searching for parking spaces, or parking is no longer a hassle with fit: the world's leading auto parts supplier Continental AG with a

In recent days, searching for parking spaces, or parking is no longer a hassle with fit: the world's leading auto parts supplier Continental AG with a show car demonstrates how to implement a fully automatic parking system-based on a 360-degree panoramic camera. Continental's chassis and Safety Department 360-degree panoramic system for advanced driver assistance systems business unit business manager Wolfgang Fey said: "because this camera has become an optional features of the car, we should use it for as many features as possible. ” In May, continental has been located in Germany Ismaning Allianz Technology Center (AZT) an activity shows a reverse of the secondary system. The system uses a 360-degree panoramic rear view camera system to prevent collisions in the reverse process. "360-degree view of fish-eye camera system is ideal for automatic parking, because they can ' Watch ' to complete around the car" chassis and Safety Division of the continental group Alfred Eckert, Director of advanced engineering, said, "for example, even allowed to observe its wide aperture angle corner parking space. In addition, the camera can detect the white line of parking space, which is the traditional Ultrasonic sensors can't do that. "Demo vehicle used by Advanced Engineering Department offers a prototype of automatic parking systems, continental expanded as a 360-degree panoramic camera based on the application range of the system. Existing camera-assisted parking Demo car is fitted with four fish-eye camera: front grille and the rear one, two external rear-view mirror on the base of a. Every camera angle is greater than 180 °, the four cameras so you can put the entire car into 360 ° panorama of the surrounding environment. The panorama will be more empty parking spaces and determined is wide enough to display on a touch screen in the car. Images driver first touches of a parking space, then activate the automatic parking order. Parking spaces are parallel to the road are at right angles to the road where there is no difference. According to the interpretation by the image of driver assistance systems established by the surrounding grid, cars can now take over the parking operation from beginning to end, including throttle, steering, shifting, parking and lock the parking brake to the final location. 360-degree panoramic system has expansion potential Drivers can move along any direction on the touch screen car parking location profile to change the system. This selection allows the driver to even high performance object recognition systems are also difficult to explain the specific situation (for example stops in front of the car or the back and requires greater maneuvering room than a car carrying vehicles) to respond. Future, automatic parking system-based on a 360-degree panoramic camera will also enable drivers to parking outside the car operation, that is, remote parking operation is initiated. "Parking in remote (Remote Parking), the driver uses the touch screen to select the parking space and activate the remote (Remote) mode, and then out of the car, uses smart phone applications to start the automatic parking operations and observation", Eckert said. Drivers simply by touching the relevant button of the application developed by the continental to make operations continued, the car will automatically enter the final parking position. In the current version, activated parking brake the parking operation is over, but the engine continues to run, the door is open. In the mass production system in the future, the situation will vary when the doors will lock, the engine will also close. In this system to further improve the process, the progress made so far will gradually become able to provide an in-vehicle network as a whole or more accessible, extensible and capable of mass production system. Based on a 360-degree panoramic system features will include the crossroads assisted and reversing support with automatic braking function.